In May 2021, the WJTA Board of Directors moved to grant Life Membership to two of the association’s founding members, Pat DeBusk and George Savanick, Ph.D., in recognition of their outstanding contributions to the development and growth of the WJTA.

"Pat and George have both made exceptional contributions to the WJTA and to the industry as a whole,” says association President Bill McClister.

"Recognition as Life Members pales in comparison to their efforts, but we are pleased to offer this small token of recognition to two of the industry’s true pioneers."

Pat DeBusk has served multiple terms on the WJTA Board of Directors since the association’s founding and was instrumental in developing early waterjetting guidelines in the 1980s that would become the WJTA’s Industry Best Practices for the Use of High Pressure Waterjetting Equipment.

Mr. DeBusk has been in the waterjet cleaning industry since joining Hydro Services in 1964. At the time, very few companies were experimenting with waterjetting applications. Pat and the team at Hydro Services had to design and fabricate tooling and components from scratch, pioneering many innovations that would become the foundation of the industrial waterblasting business.

Mr. DeBusk has previously been recognized by WJTA with the Distinguished Pioneer Award, the association’s highest honor. 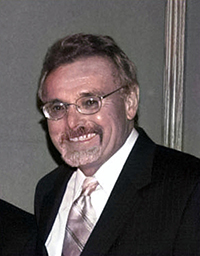 George Savanick is a founding member of the WJTA and has served as a member of the association’s Board of Directors since 1981. He has held the offices of president and treasurer, has edited the Jet News, and has chaired the WJTA Safety Committee. Notably, Dr. Savanick served as WJTA president for 27 years.

Dr. Savanick has previously been recognized by WJTA with the Safety Award, the Service Award, and the Distinguished Pioneer Award – the association’s highest honor.